Pale Rider is a 1985 American western film produced and directed by Clint Eastwood, who also stars in the lead role. The title is a reference to the Four Horsemen of the Apocalypse, as the rider of a pale horse is Death. The film, which took in nearly $41 million at the box office, became the highest grossing Western of the 1980s. 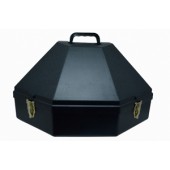