From 1850-1900, the tall top hat continued to be the popular dress hat for both formal day and evening wear; the opera hat (gibus), covered in corded silk, also remained popular for visiting the theater, as it could be folded flat and put under the seat. A light grey top hat was worn in the late 1860s for coaching or racing parties, and is still worn for Ascot Week in England. The bowler or Derby named after its designer, the hatter William Bowler; was a popular felt dress hat worn beginning about 1860. The derby hat was a hard felt hat with a domed crown, and a narrow brim rolled up at the sides, and varied in height over the years. At first, when worn with the lounge jacket, it was black, but as its popularity increased it was also made in brown or fawn felt, and teamed with the Norfolk jacket. A similar felt hat with a hard square crown was worn in the 1890s and much favored by Winston Churchill, who continued to wear it into the 20th century. 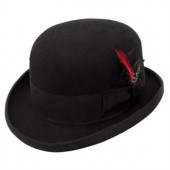 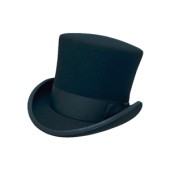 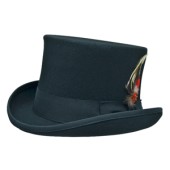 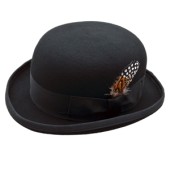 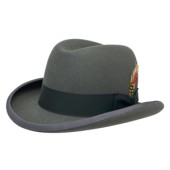